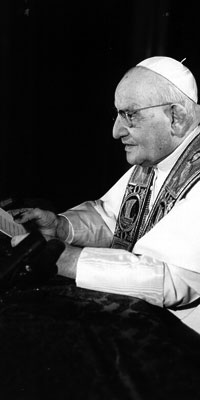 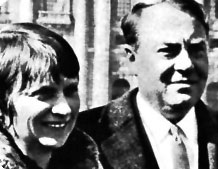 On March 7, 1963, he took the courage to begin thawing with the Soviet Union, personally receiving Alexej Adjubei in his private practice at the Vatican, with his wife Rada, daughter of the Soviet leader Nikita Khrushchev.  Rada, excited and happy, said to Pope John: "You have big, gnarled peasant hands, like my father's."At the end of the meeting Pope John told his secretary: "It may be a disappointment, or a mysterious thread of Providence that I have no right to break". History has shown the presence of that thread.