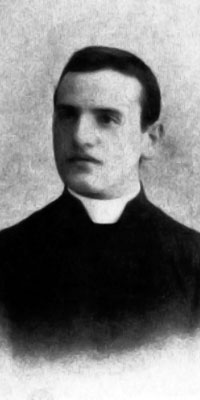 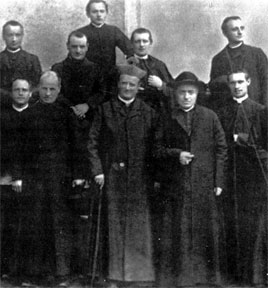 On 10 August 1904 Angelo was ordained a priest in S. Maria in Monte Santo in Rome. He celebrated his first Mass the following day in St. Peter's near the tomb of the Apostle and at noon he was received by Pope St. Pius X. In the Journal of the Soul he remembers this event: "When the Pope came to me and the Vice-rector introduced me, he smiled, and bent over to listen to me. as I could.

The Pope then, remaining always bent over and placing his hand on my head, almost speaking to me in his ear, he said to me: "Well, good son ... so I like it: and I will pray the Lord so that he blesses especially these good intentions of his and he is indeed a priest according to his heart. I then bless all his other intentions and all the people who will cheer for you these days.

He blessed me and gave me his hand to kiss. Then he passed on, spoke to others, I believe with a Pole; but immediately, almost following the course of his thought, he returned to me, he asked me when I would come home and told him: - for the day of the Assumption, - Oh, who knows what a feast - he resumed - up there to that little village of his (first he had asked me what it was) and those beautiful Bergamo bells which know what to play that day! "

In 1905 he was appointed secretary of the Bishop of Bergamo Mons. Giacomo Radini Tedeschi and the following year he was in charge of teaching History and Patrology in the seminary.